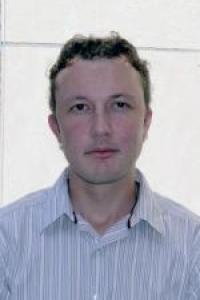 Martijn Heck received the M.Sc. degree in applied physics and the Ph.D. degree from Eindhoven University of Technology, Eindhoven, The Netherlands, in 2002 and 2008, respectively. From 2007 to 2008, he has been a Postdoctoral Researcher at the COBRA Research Institute in Eindhoven. From 2008 to 2009, he was also with the Laser Centre Vrije Universiteit, Amsterdam, The Netherlands. He is currently a Postdoctoral Researcher at the University of California, Santa Barbara. His research interests are photonic integrated circuits and mode-locked lasers based on the heterogeneous integration of silicon photonics with III/V materials.