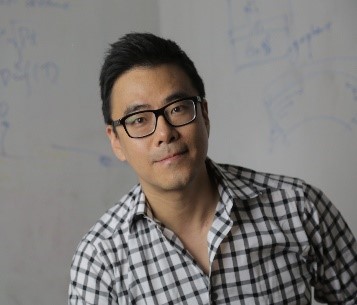 Bio: Professor Jeehwan Kim joined the Mechanical Engineering faculty at Massachusetts Institute of
Technology in September 2015 and the Materials Science and Engineering in February 2016 as a
joint appointment. He is a Principal Investigator in Research Laboratory of Electronics at MIT.
Prof. Kim's group focuses on innovation in nanotechnology for electronic/photonic/energy
applications. Before joining MIT, he was a Research Staff Member at IBM T.J. Watson
Research Center in Yorktown Heights, NY since 2008, where he has led multiple projects
including thin film solar cells, graphene electronics, and next generation computing. Many of his
patents have been licensed for commercialization. Prof. Kim is a recipient of 20 IBM high value
invention achievement awards. In 2012, he was appointed a “Master Inventor” of IBM in recognition of his active intellectual property generation and commercialization of his research. He is an inventor of 170 issued/pending US patents and an author of 35 articles in journals. He received his B.S. from Hongik University, his M.S. from Seoul National University, and his Ph.D. from UCLA in 2008, all of them in Materials Science.

Abstract: In this talk, I will discuss our recent development in a “2D material-based layer-transfer (2DLT)” process based on remote epitaxy. We recently discovered that the epitaxial registry of adatoms during epitaxy can be assigned by the underlying substrate remotely through 2D materials. Our study shows that remote epitaxy can be performed through a single-atom-thick gap defined by monolayer graphene at the substrate-epilayer interface. We demonstrated successful remote homoepitaxy of (001) GaAs on (001) GaAs substrates through monolayer graphene. The concept is extended for remote epitaxy of other materials such as GaN, InP, GaP, and SrTiO3. The grown single-crystalline films are then rapidly released from the vdW surface of graphene. This concept suggests a method to copy/paste any type of single-crystalline films from the underlying substrates through 2D materials then rapidly released and transferred to the substrates of interest. With the potential to reuse graphene-coated substrates, 2DLT could advance non-Si electronics/photonics by allowing savings on the high cost of non-Si substrates.