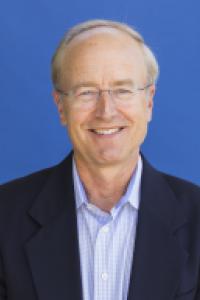 JOHN E. BOWERS holds the Fred Kavli Chair in Nanotechnology and is the Director of the Institute
for Energy Efficiency and a Distinguished Professor in the Department of Electrical and Computer
Engineering. Dr. Bowers received his M.S. and Ph.D. degrees from Stanford University and worked
for AT&T Bell Laboratories and Honeywell before joining UC Santa Barbara.

Dr. Bowers is a member of the National Academy of Engineering, the National Academy of
Inventors, a fellow of the IEEE, OSA and the American Physical Society. He is a recipient of the
IEEE Photonics Award, OSA/IEEE Tyndall Award, the OSA Holonyak Award, the IEEE LEOS
William Streifer Award and the South Coast Business and Technology Pioneer and Entrepreneur of
the Year Awards. He is a cofounder of Aurrion, Aerius Photonics and Calient Networks. He has
published two books, ten book chapters, 450 journal papers, 1000 conference papers and has
received 54 patents. He and coworkers received the EE Times Annual Creativity in Electronics
(ACE) Award for Most Promising Technology for the hybrid silicon laser in 2007.