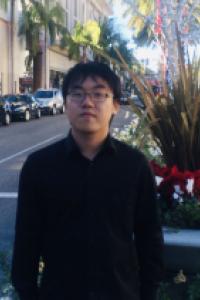 Lin Chang received his B.S. degree in electrical engineering from the Shandong University in 2013. He received his M.S. degree in electrical engineering from the University of California, Santa Barbara in 2015, where he is currently working toward a Ph.D. degree. His current research interests are in the field of Silicon Photonics, with an emphasis on nonlinear optics. Lin is now a professor at Peking University.