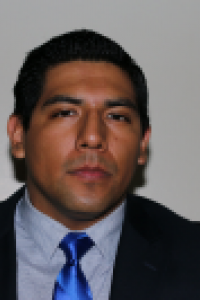 Alfredo Torres, a Los Angeles native, graduated from UCSB in 2013 with degrees in Electrical Engineering and Mathematical Science. When he was an undergraduate student, he worked with Jock Bovington, a PhD candidate in the Bowers group, in research involving FP lasers, Broad Area Lasers, CMP, and testing. Post-graduation, Alfredo worked for Aurrion from 2013 to 2016 as a Research and Development Processing Engineer and Failure Analysis Engineer. Now Alfredo is an engineer in the Bowers group, as of mid-2016.