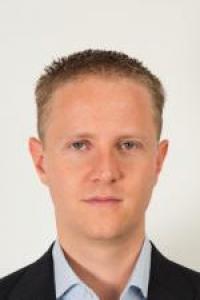 Nicolas Volet received his Ph.D. degree in Physics from École polytechnique fédérale de Lausanne (EPFL), Switzerland, in 2014. He developed a new technology to control the optical mode of vertical-cavity surface-emitting lasers (VCSELs) operating in the O- and in the C-bands. He also contributed to the understanding of the polarization properties of these devices, both theoretically and experimentally.

In 2006-2007, he was awarded a one-year scholarship at Carnegie Mellon University (CMU) in Pittsburgh and in 2008-2009, he worked on solar cells based on quantum confinement at the University of Houston.

He was awarded research fellowships from the Swiss National Science Foundation (SNSF) in 2014 and in 2016. He is currently a post-doctoral researcher at the University of California, Santa Barbara (UCSB), where he works on non-linear optics and photonics devices heterogeneously integrated on silicon.